The experiment “Drawing Robot Font” makes use of a drawing robot, programmed to draw letters. Although the robot is supposed to work precise, it drifts slightly during the drawing process. This effect becomes increasingly interesting when the code of a single letter shape is rerun several times. As a next step some of the letters were digitalized and converted into fonts. The font files are then used for an interactive application that translates the physical inaccuracy of the robot. (Stefanie Schwarz, 2012) 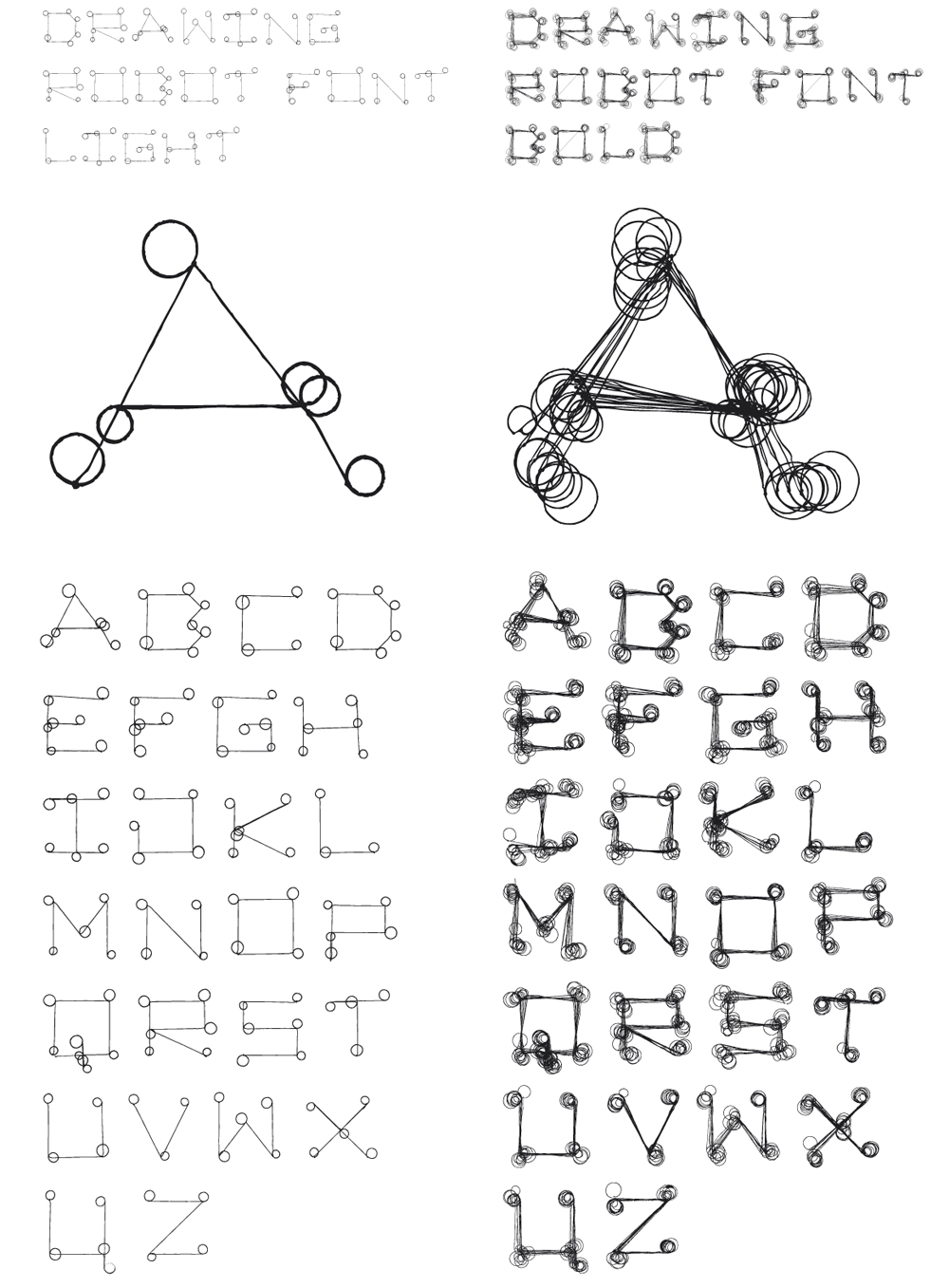 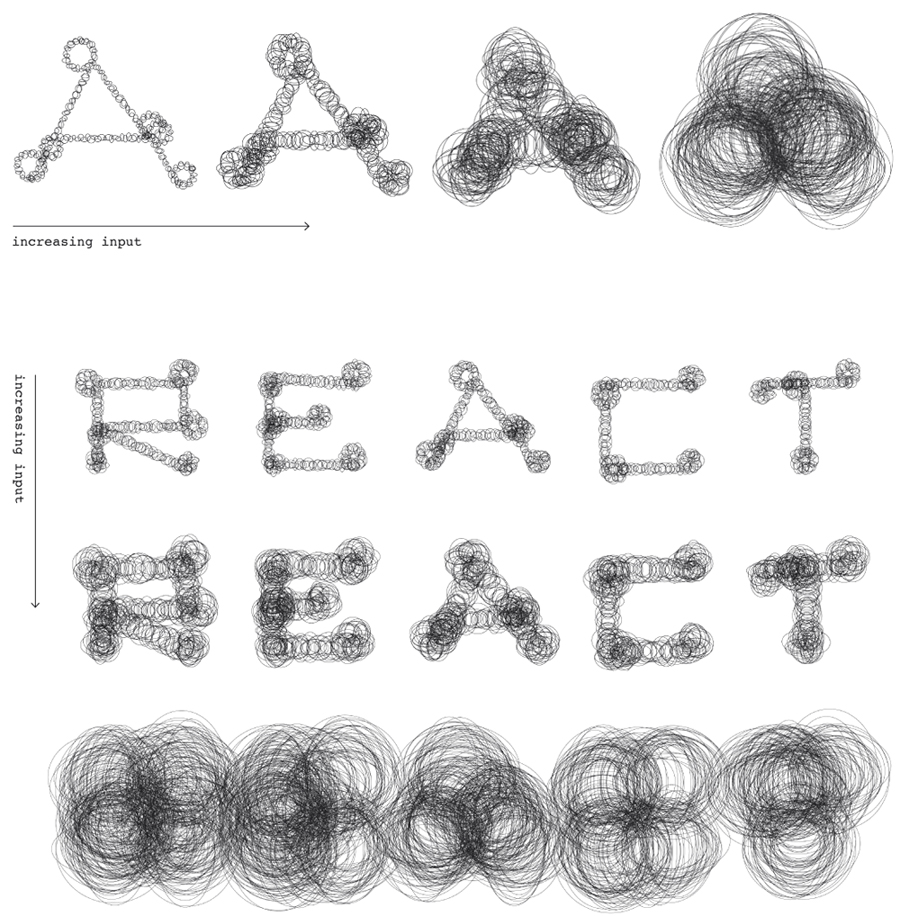 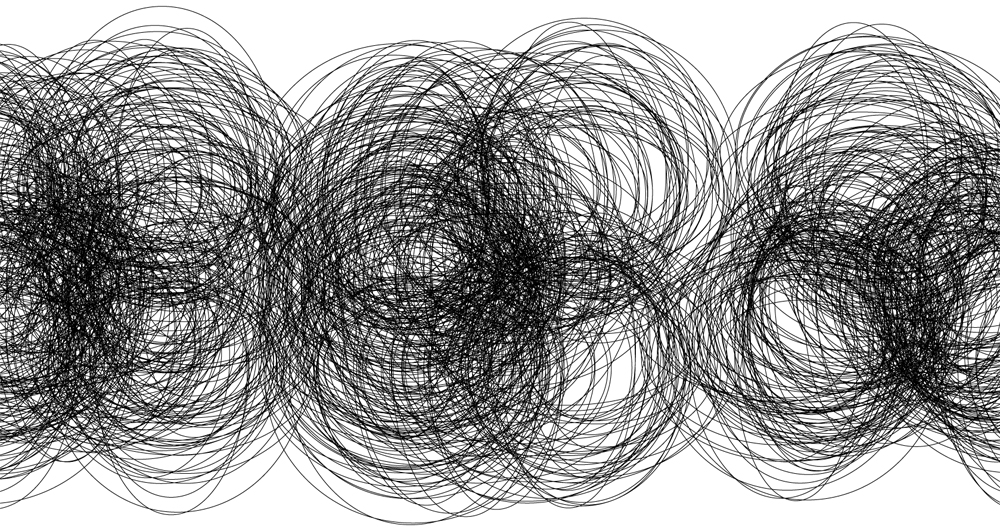