As a starting point for this project all Unicode characters were analyzed according to their similarity to Latin characters. The investigation revealed that about 500 non-Latin characters can be recognized as Latin letters. These were used to inform the design of the new (Latin) type family Polymorph. It consists of a basic font that turns into four styles or rather four directions (North, East, South and West), each with an additional set, which can be layered above its legible equivalent or used as alternative, typographic elements. (Stefanie Schwarz, 2006/2007) In 2008 FF Polymorph was released by FontFont. 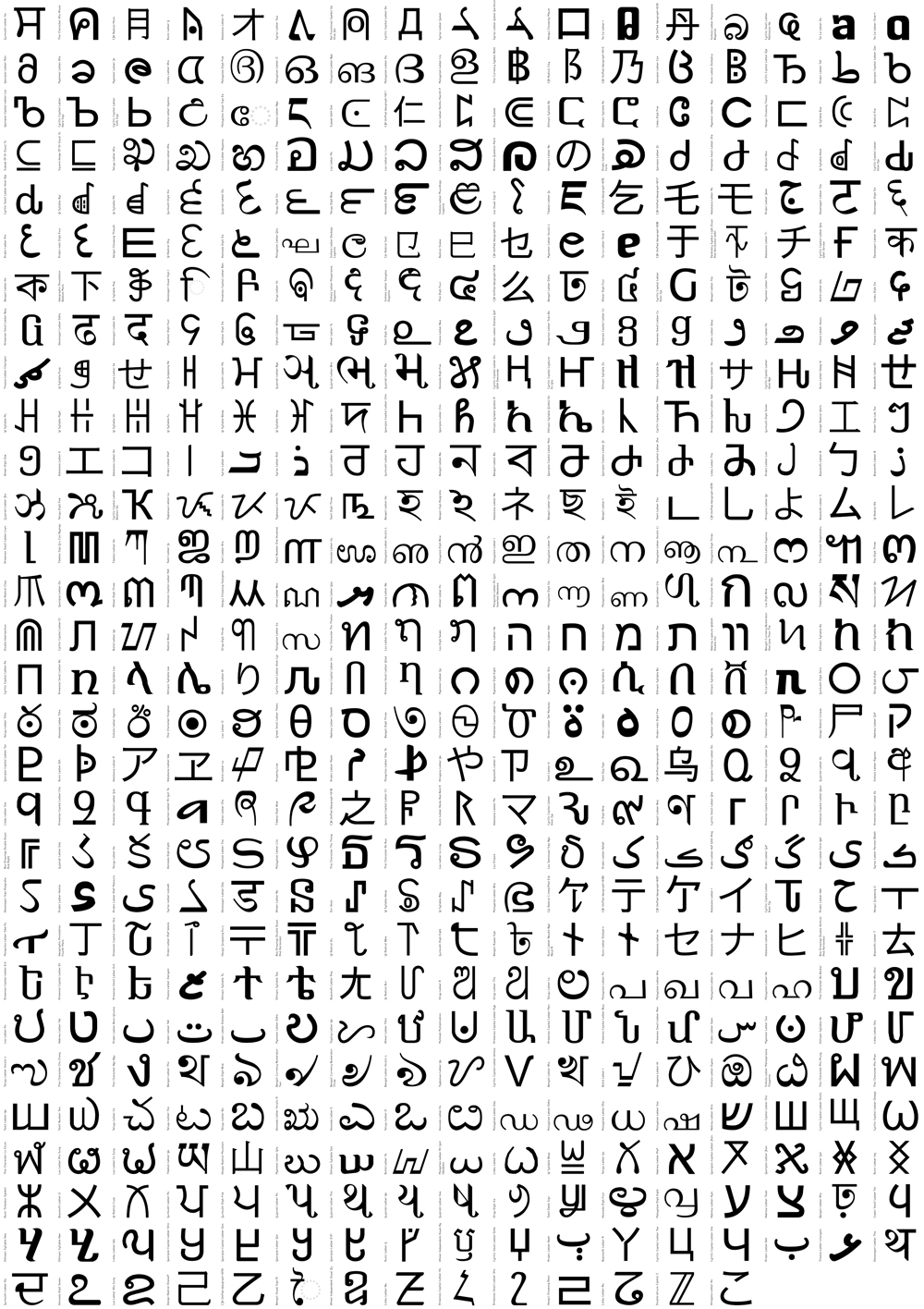 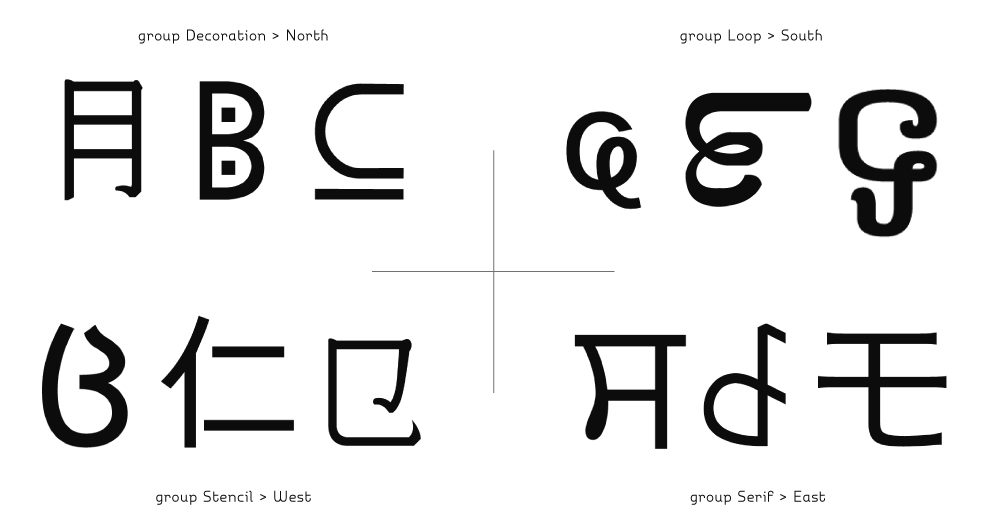 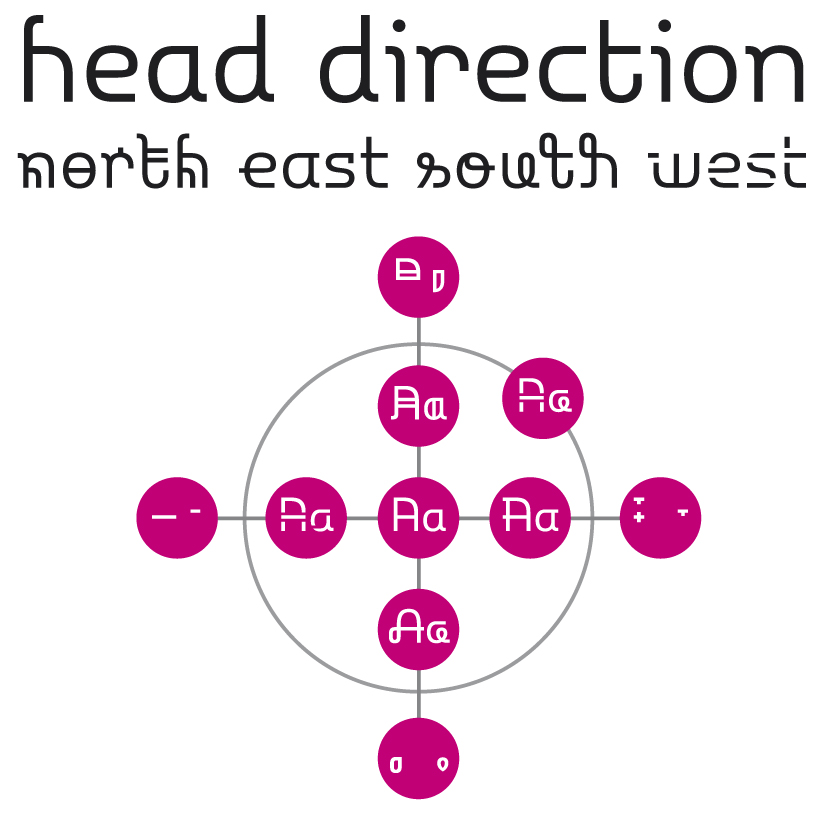 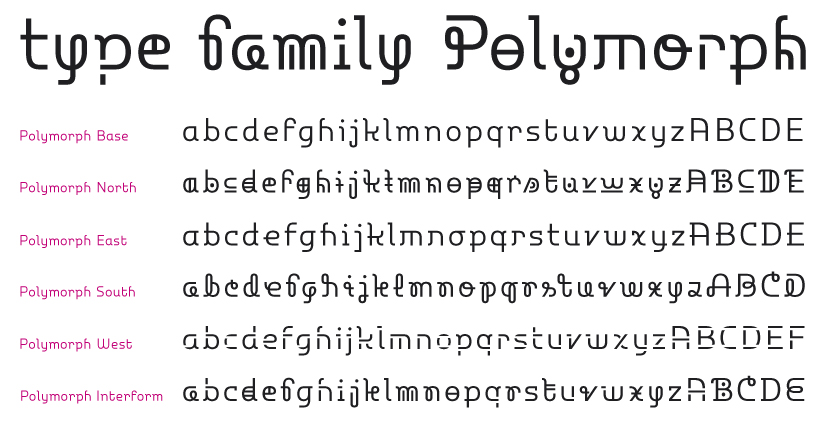 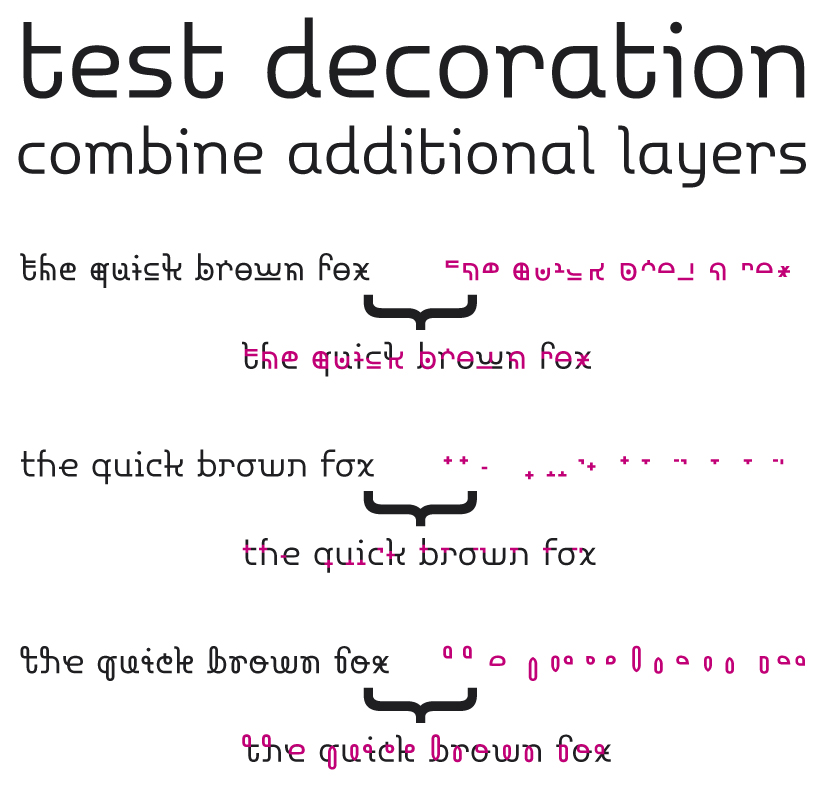 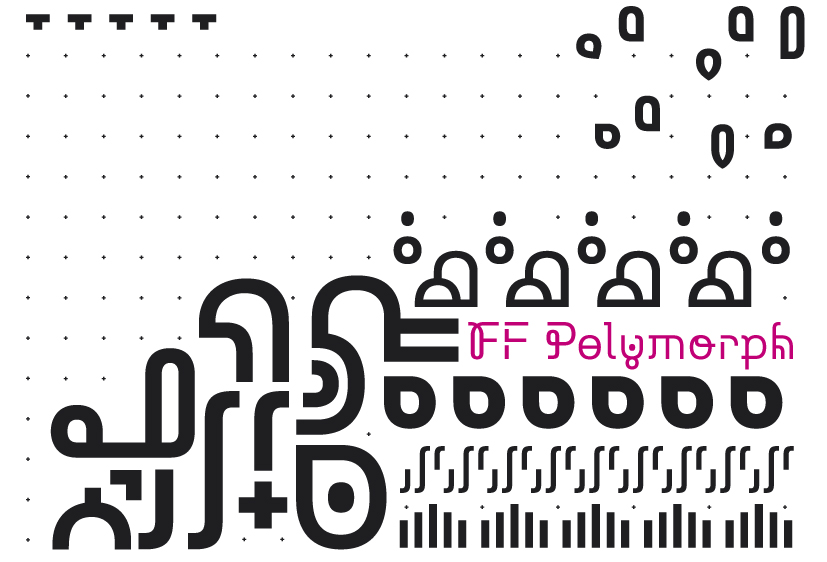 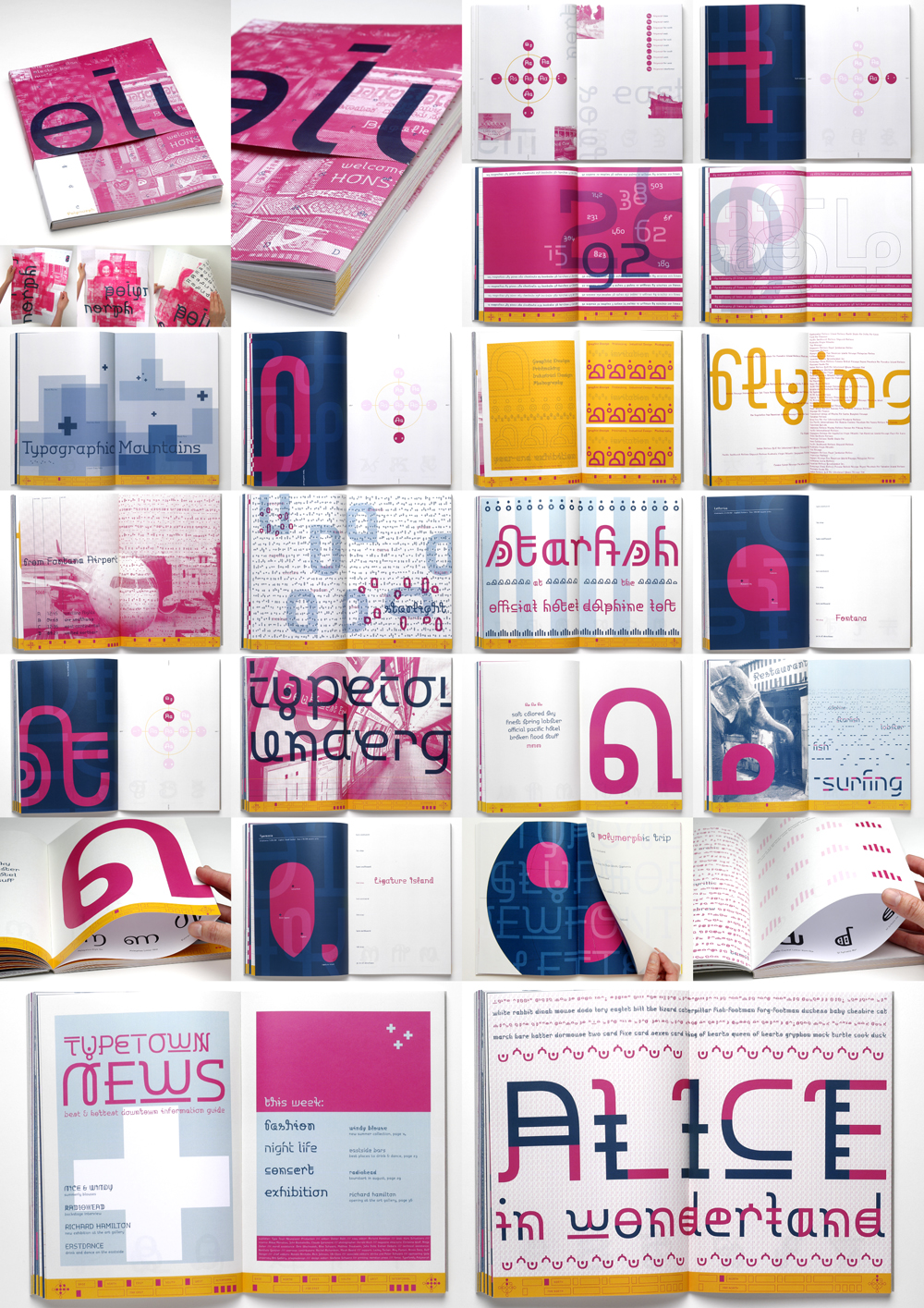