This coding experiment generated interactive, 3-dimensional letter forms that can be rotated. During testing it happened that some of the characters, due to the rotation, could be changed from upper to lower case. About the first 90 degrees (horizontal as well as vertical) most letter shapes stay recognizable but then, depending on the letter, fall apart sooner or later. (Stefanie Schwarz, 2012) 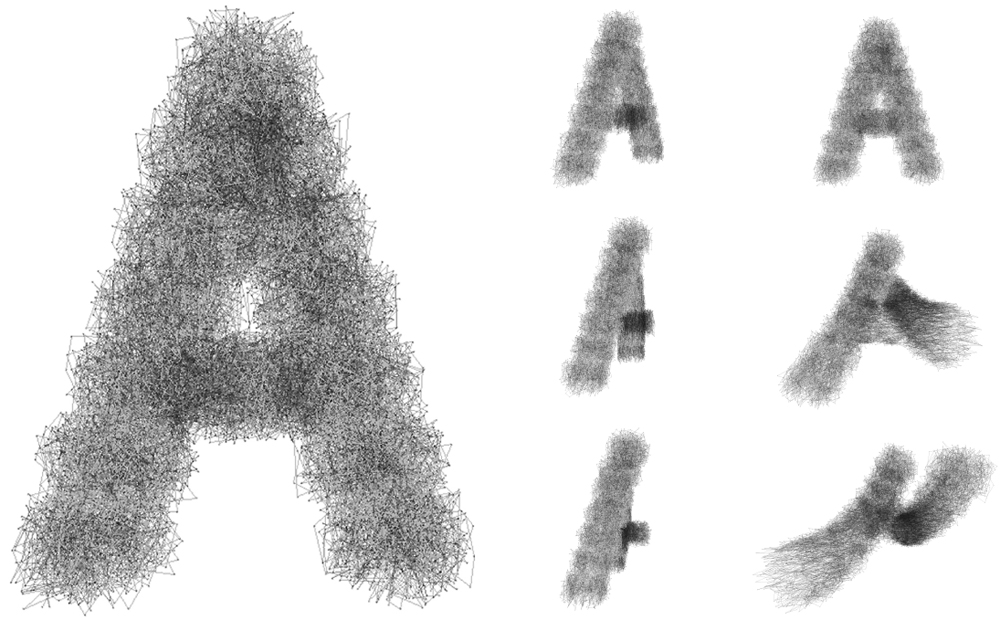